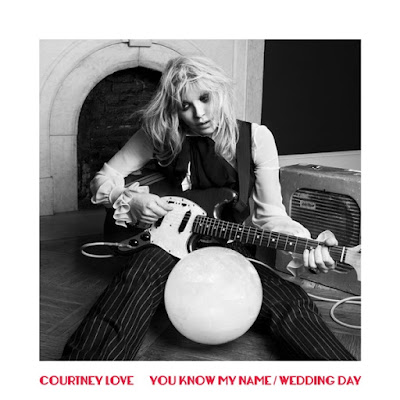 "You Know My Name" is a song by the American alternative rock musician Courtney Love. It was released on May 4, 2014 on Cherry Forever Records, packaged as a double A-side single with the song "Wedding Day". 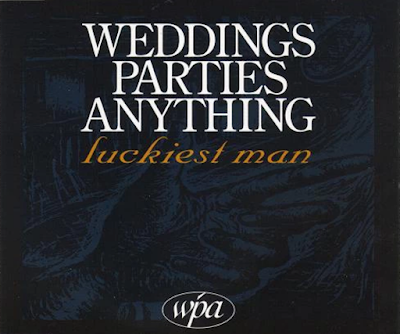 Weddings, Parties, Anything. were an Australian folk rock band formed in 1984 in Melbourne and continuing until 1999. Their name came from The Clash song ("Revolution Rock") and musicologist Billy Pinnell described their first album as the best Australian rock debut since Skyhooks' Living in the '70s. "Luckiest Man" was the first single of the    Riveresque albun and it charted at #85 on the Australian charts.

Email ThisBlogThis!Share to TwitterShare to FacebookShare to Pinterest
Labels: Weddings Parties Anything 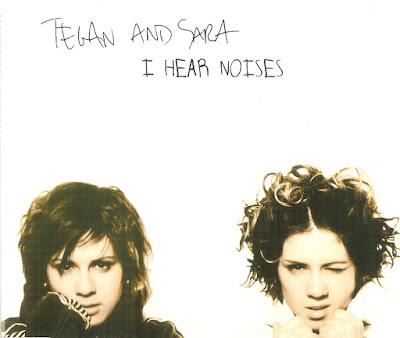 Email ThisBlogThis!Share to TwitterShare to FacebookShare to Pinterest
Labels: Tegan and Sara 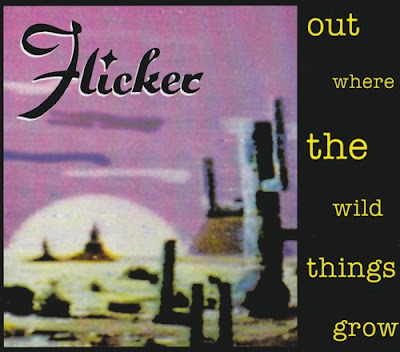 This is the second and final CDEP by Flicker

Email ThisBlogThis!Share to TwitterShare to FacebookShare to Pinterest
Labels: Flicker 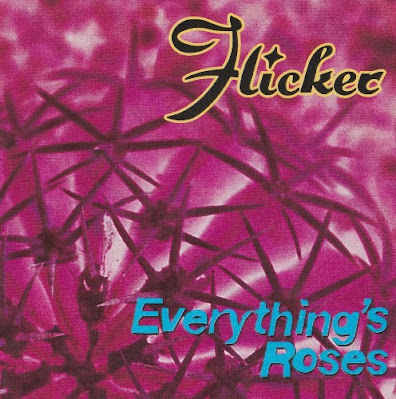 Guitarist and songwriter, Bruce Begley, was one of the founders of The Honeys. When that band broke up he formed The Snow Leopards, who released the album "Sweet Sweet Dreams" in 1991.

Following the demise of The Snow Leopards he formed Flicker with Gina Hearnden (vocals) and Tim Hagan (bass, organ, acoustic guitar). To my knowledge Flicker only released this and the following CDEP.

Gine Hearnden, who also played with The Hollowmen and The Catalinas is currently playing and recording with Blackbird FC.

Email ThisBlogThis!Share to TwitterShare to FacebookShare to Pinterest
Labels: Flicker 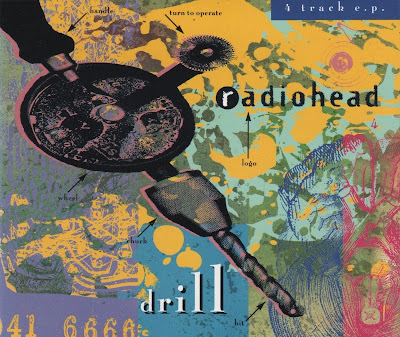 Drill is the debut EP by English alternative rock group Radiohead, released in May 1992. It was Radiohead's first commercial release, and debuted on the UK Album Chart at number 101. The original manufacturing run was limited to 3,000 CDs.

Email ThisBlogThis!Share to TwitterShare to FacebookShare to Pinterest
Labels: Radiohead

"Change of Heart" is a song by Australian rock musician, Jimmy Barnes. Released in May 1995 as the lead single from his eighth studio album, Psyclone (1995). The song peaked at number 17 on the Australian ARIA Singles Chart. 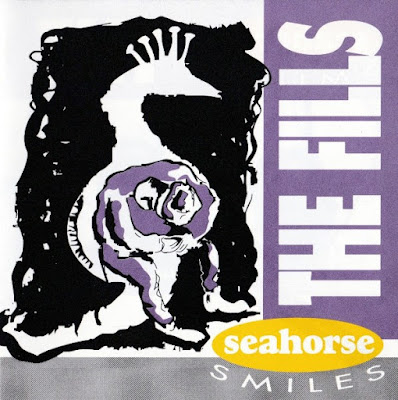 I know  nothing about the The Fills, except they were five piece Melbourne band, fronted by a  female lead vocalist. They released one single and two EP's. This was the second of those EP's.

Email ThisBlogThis!Share to TwitterShare to FacebookShare to Pinterest
Labels: The Fills 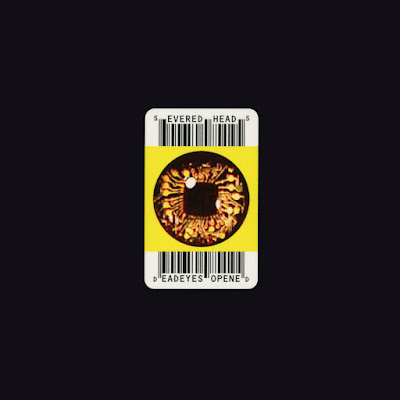 "Dead Eyes Opened" is a song by the experimental Australian group Severed Heads, originally released on their 1983 album Since the Accident. Upon its initial release as a 12-inch record single in 1984, the track received critical success. A remixed version released in October 1994 achieved commercial success in Australia, peaking at #16 on the ARIA Charts.  Thanks to Sunny 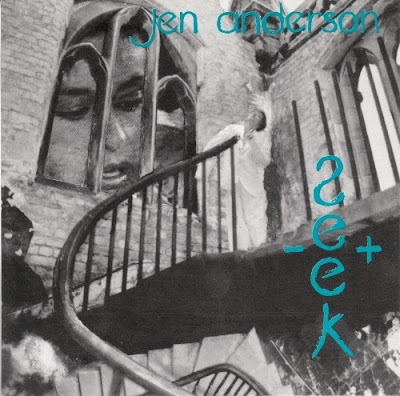 Jen Anderson is an violinist and composer of international repute.
She has toured and recorded with many of Australia’s best known rock, folk and country artists, including the Black Sorrows (89-93), Weddings Parties Anything (93-98), Tim Rogers (You Am I), Tiddas, Archie Roach, Ruby Hunter and The Waifs.
Jen is also a composer of note, with numerous film and television show scores to her credit.
01. No Holy Laws
02. Never The Same
03. Big Gap
04. Amidst The Beauty
05. Eventually 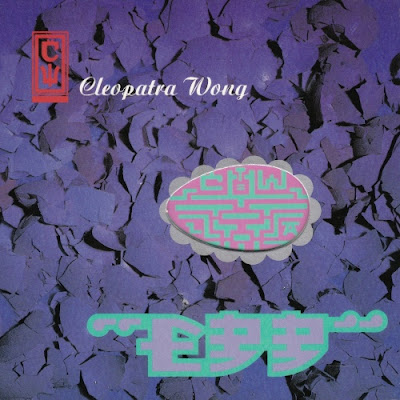 Lindy Morrison and Amanda Brown were members of the seminal Australian band, The Go-Betweens, playing together on their albums "Tallulah" (1987) and "16 Lovers Lane (1988). When the band broke up Morrison and Brown joined forces as Cleopatra Wong in 1991-1992. During this time, they recorded the mini-albums "Egg" and "Cleopatra's Lament". Catherine Wheel was a band formed in Sydney by Andrea Croft (vocals, guitar), Grant Shanahan (bass, vocals) and Brett Thomson (drums) when they all left The Honeys. They released several singles, initially as a trio, then adding "Biff" Smith. Smith was replaced by Matt Handley (guitar, vocals) for this, their final release.

Andrea Croft went on to work with Pollyanna and Splinter with Suzie Higgie of The Falling Joys. In 2007 Croft,  Shanahan and Bruce Begley reformed The Honeys and recorded the "Star Baby" album. 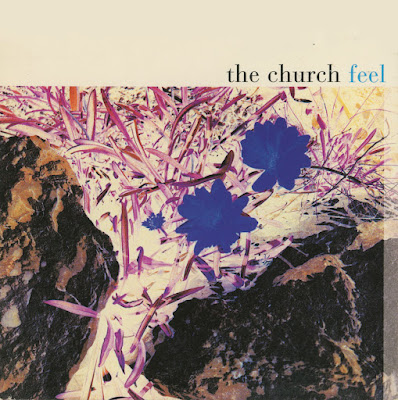 Released in 1992 "Feel" was the second single from the album Priest=Aura I did not chart. 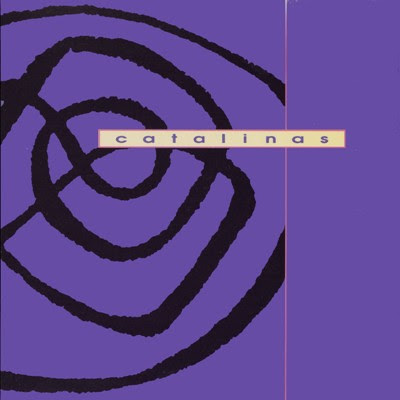 Email ThisBlogThis!Share to TwitterShare to FacebookShare to Pinterest
Labels: Catalinas 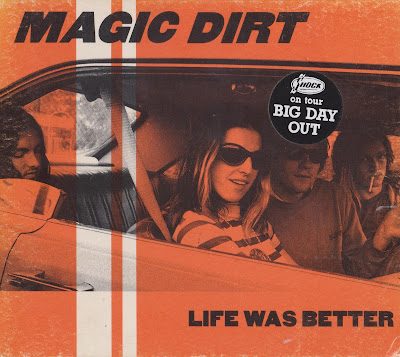 Life Was Better is the second extended play release by Australian rock band Magic Dirt. It was released in November 1994 on the Melbourne independent label Au Go Go Records. The EP originally peaked at number 71 on the Australian singles chart,[1] selling over 20,000 copies. At the ARIA Music Awards of 1995, the EP was nominated for four awards; Best New Talent, Best Independent Release, Breakthrough Artist – Single and Best Alternative Release. In 2020, the EP was re-released on CD and vinyl and it entered the Australian albums chart at number 26. 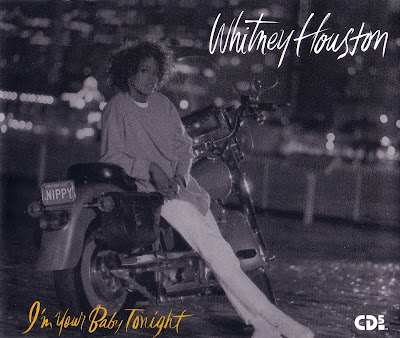 "I'm Your Baby Tonight" is a song recorded by American singer Whitney Houston for her third studio album of the same name. The song, written and produced by L.A. Reid and Babyface, was released by Arista Records as the lead single on October 2, 1990 from the album. The single features a B-side, "Feels So Good", which has not been featured on any Whitney Houston album. While the original version, produced by L.A. Reid and Babyface, was released in the United States, the Yvonne Turner mix (also known as the "European Version" or the "International Version"), was released in other countries.

“I’m Your Baby Tonight” became a huge hit for Houston, reaching top-ten positions worldwide. It reached number one on the US Billboard Hot 100, her eighth single to do so; "I'm Your Baby Tonight" is also her fifth biggest hit in the United States. "I'm Your Baby Tonight" was certified Gold by the Recording Industry Association of America (RIAA). Houston was nominated for Best Female Pop Vocal Performance with this song at the 33rd Grammy Awards.

George Thorogood & The Destroyers - 1993 - Get A Haircut FLAC 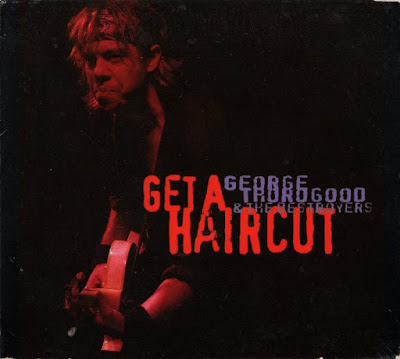 "Get a Haircut" is a rock song by American band George Thorogood & the Destroyers. It was released as a single from the 1992 album Haircut. The song was written by Bill Birch and David Avery. It peaked at No. 2 on the US Album Rock Tracks chart on August 28, 1993, and became a top-30 hit in both Australia (No. 28) and New Zealand (No. 15). "Get a Haircut" was the No. 1 most played song in Canada on FM radio. 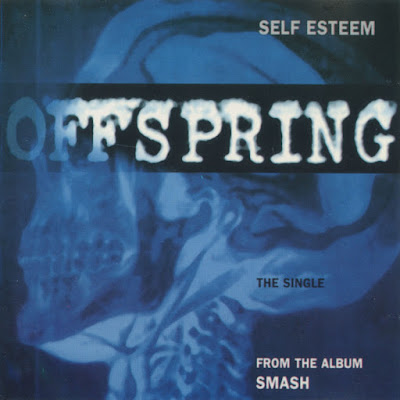 "Self Esteem" is a song by the American punk rock band The Offspring. It is the eighth track and second single from their third studio album Smash. The song was a worldwide hit, reaching #1 in Iceland, Norway and Sweden in Australia it peaked at#6 in New Zealand #39. "Self Esteem" was nominated for the 1995 MTV Europe Music Awards for Best Song. The song also appears as the third track on their Greatest Hits (2005).   Thanks to Sunny

Email ThisBlogThis!Share to TwitterShare to FacebookShare to Pinterest
Labels: Offspring 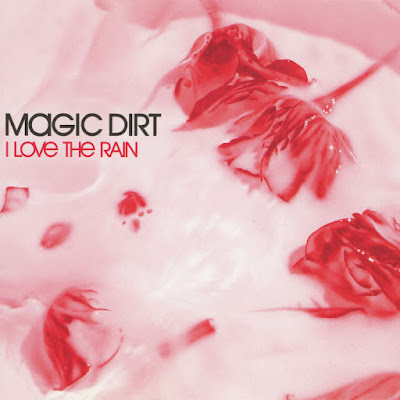 Magic Dirt are an Australian rock band, which formed in 1991 in Geelong, Victoria, with Daniel Herring on guitar, Adam Robertson on drums, Adalita Srsen on vocals and guitar, and Dean Turner on bass guitar. "I Love the Rain" was the second single of the album Snow White it did no chart.  Thanks to Sunny 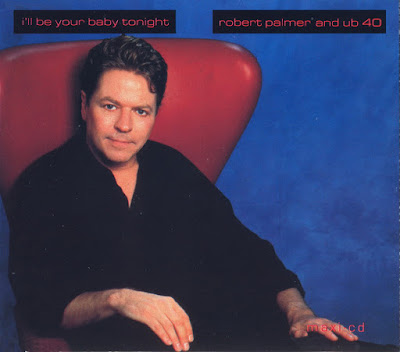 "I'll Be Your Baby Tonight" is a 1967 song by Bob Dylan first released on John Wesley Harding. In 1990, Robert Palmer and UB40 released a cover version of the song. It was released as a single in the United Kingdom and throughout Europe. It appears on Robert Palmer's albums Don't Explain and on the 1995 best of The Very Best of. The song was successful, particularly in Australia #4, Austria #5, the Netherlands #5 and Switzerland #5, it also secured a #6 placing in both the United Kingdom and Ireland. It was most successful in New Zealand, where it reached #1 for a week in February 1991.