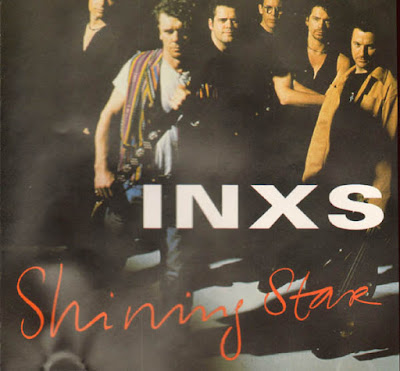 "Shining Star" is a song by Australian popular rock band INXS and was the only single issued from the band's live album, Live Baby Live, released in November 1991. It is the one new studio track recorded for the album and it peaked at No. 21 on the ARIA Singles Chart,[1] No. 27 on the UK Singles Chart, becoming the group's ninth Top 40 single. In the United States, it peaked at No. 4 on the Modern Rock Tracks chart and No. 14 on the Mainstream Rock Tracks chart, but did not appear on the Billboard Hot 100.