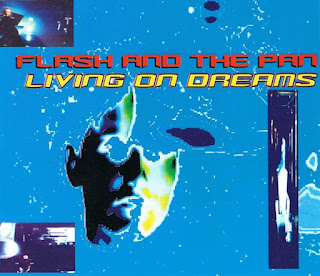 Flash and the Pan was an Australian new wave musical group (essentially an ongoing studio project) initiated during the late 1970s by Harry Vanda and George Young, both former members of The Easybeats. The duo's first success was their 1976 debut single "Hey St. Peter" which reached number 5 in the Australian singles chart. The next single "And the Band Played On (Down Among The Dead Men)" went one better and reached number 4 in Australia in 1977. Living On Dreams was lifted from their 1992 album Burning up the Night

Email ThisBlogThis!Share to TwitterShare to FacebookShare to Pinterest
Labels: Flash And The Pan