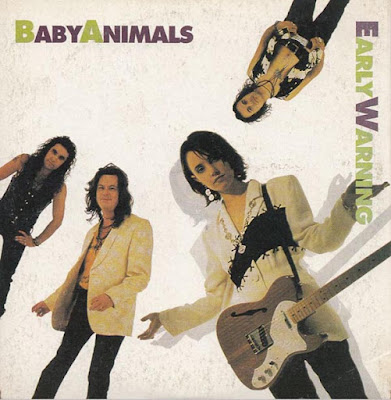 "Early Warning" is a song by Australian rock band Baby Animals. It was released in April 1991 as their debut single from their debut studio album Baby Animals (1991). The song peaked at number 21 on the ARIA Chart. Baby Animals were formed by Suze DeMarchi, Dave Leslie, Frank Celenza and Eddie Parise in 1989. In August 1990, the president of the newly formed Imago Records, Terry Ellis signed the band after attending a gig. Ellis described the performance, "the band was great, the songs were terrific and to me Suze clearly had that indefineable magic that separates one artist from the crowd and makes them a star." The band flew to New York City to record an album.