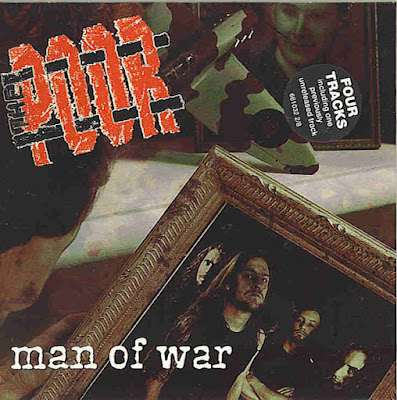 The Poor are an Australian hard rock band that formed in 1986 as The Poor Boys in Darwin, Northern Territory. Their founding mainstays are Julian "RV" Grynglas on guitar, Anthony "Skenie" Skene on vocals and rhythm guitar, and Matt Whitby on bass guitar. On 13 June 1994 they released a debut album, Who Cares, which peaked at No. 3 on the ARIA Albums Chart. The lead single, "More Wine Waiter Please", had appeared in the United States in March and reached No. 30 on the Billboard Hot Mainstream Rock Tracks chart. It was a top ten hit in Australia when released there in May. Man Of War was also a single release from the album.

Email ThisBlogThis!Share to TwitterShare to FacebookShare to Pinterest
Labels: Poor