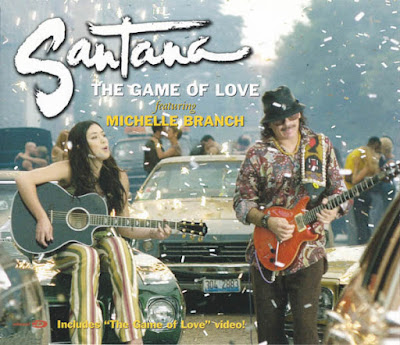 "The Game of Love" is a song performed by Santana from the album Shaman by Santana. The vocal performance on the song is by Michelle Branch. It was composed by Gregg Alexander and Rick Nowels. The song was launched as single in 2002, and won a Grammy Award for "Best Pop Collaboration with Vocals", as well as peaking at No. 5 in on the Billboard Hot 100 singles chart.