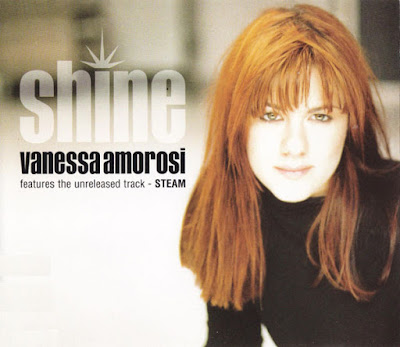 "Shine" is the third single from Vanessa Amorosi's debut album The Power. After its release in May 2000, this ballad jumped straight into the ARIA charts at #4 position, went Gold two weeks later, and Platinum a one month after that. Vanessa sang "Shine" at the Opening Ceremony of the Paralympic Games 2000, which was broadcast in 80 countries. "Shine" has won the APRA award 2001 for being the most played song on Australian radio in 2000. Vanessa Amorosi performed her hit "Shine" at the 2002 Commonwealth Games closing ceremony in Manchester.