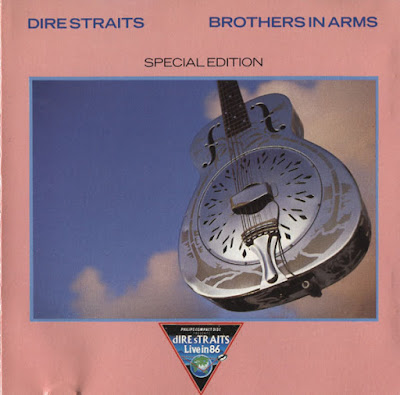 "Brothers in Arms" is a 1985 song by Dire Straits, appearing as the closing track on the album of the same name. It was originally written in 1982, the year of the Falklands War. It was re-released in 2007 as a special edition to commemorate the 25th anniversary of the conflict and raise funds for veterans of it with post traumatic stress disorder.
The song is reported to be the first CD single ever released, it was released in the United Kingdom in 1985. The single reached #16 on the UK charts #5 on the NZ charts but could manage only a lowly #57 on the OZ charts.