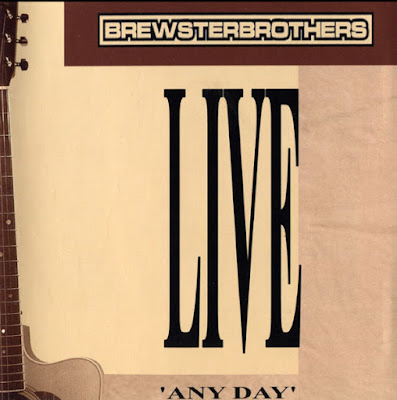 John and Rick Brewster (along with Doc Neeson) were the nucleus and major songwriters of the legendary Angels, one of Australia’s most successful bands. The guys played rhythm and lead guitar and produced the band’s classic multi-platinum albums.

A few years ago John and Rick started thinking about a break-away project. They were looking to develop new material shaped by their experiences; both as teenagers growing up in Adelaide, and all those years together in and out of the spotlight riding the highs and lows with one of Australia’s most famous bands.

The first recorded sign of what they were up to emerged in 2003 with the release of a limited edition four-track CD ‘Any Day’, recorded live at Balmain’s ‘Unity Hall Hotel’. It showed the Brothers in a state of transition, with covers from Dylan and Ry Cooder, plus two very strong originals that gave an indication of their new direction. Thanks to Klaatu