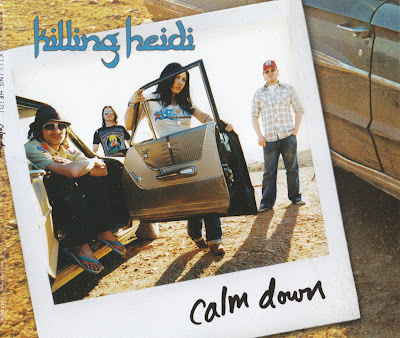 "Calm Down" is Killing Heidi's eighth single released and the second single from their third self-titled album Killing Heidi. The song was the #1 most added song to Australian radio during the week of its release it made #23 on the charts. Lead singer Ella Hooper said of the song, "it's about having a big crush on someone". The video was shot in the grand open spaces of Broken Hill, New South Wales.