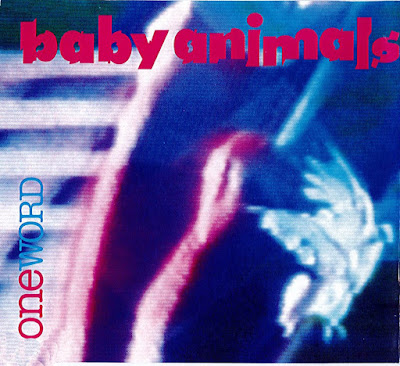 Baby Animals are an Australian hard rock band active from October 1989 to 1996 and reformed in 2007. The original line-up was Frank Celenza on drums, Suze DeMarchi on lead vocals and guitar, Dave Leslie on guitar and backing vocals, and Eddie Parise on bass guitar and backing vocals. They recorded Baby Animals (September 1991) which peaked at No. 1 on the ARIA Albums Chart. "One Word" (1992) the second single from the album reached #15 on the Australian charts.
(Thanks to Brian)