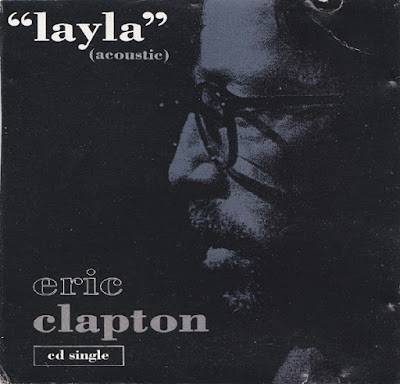 "Layla" is a song written by Eric Clapton and Jim Gordon, originally released by their blues rock band Derek and the Dominos, as the thirteenth track from their album Layla and Other Assorted Love Songs (November 1970).
"Layla" was unsuccessful on its initial release. The song has since experienced great critical and popular acclaim, and is often hailed as being among the greatest rock songs of all time. Two versions have achieved chart success, the first in 1972 and the second (without the piano coda) 20 years later as an acoustic Unplugged performance by Clapton. In 2004, "Layla" was ranked number 27 on Rolling Stone's list of "The 500 Greatest Songs of All Time", and the acoustic version won the 1993 Grammy Award for Best Rock Song.