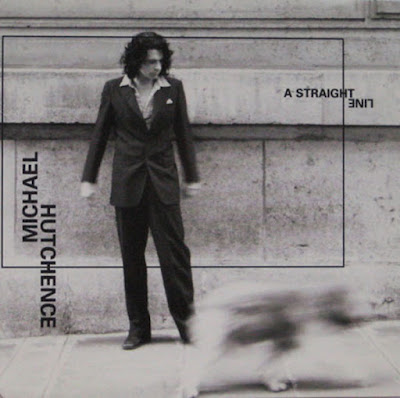 Michael Hutchence is the only solo posthumous album by INXS frontman Michael Hutchence. It was released on 14 December 1999, just over two years after Hutchence's death. Hutchence began work on what would become his posthumous solo album in 1995 with Gus Till and Mad Sheer Khan in Paris at Exit Studio. Following his death in 1997, Black Grape producer Danny Saber and ex-Gang of Four guitarist Andy Gill completed the album. U2 singer, and Hutchence's friend, Bono recorded lyrics which were added to the track "Slide Away". The sole commercial single—"A Straight Line"—also included the B-side "Standing on the Rooftop" written by Gill and Hutchence and recorded during these sessions and the cover of the Iggy Pop song "The Passenger". The song "Let the People Talk" was also released digitally on the Internet.