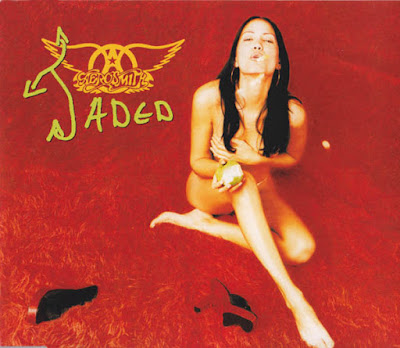 "Jaded" is a song by American hard rock band Aerosmith. It was written by Steven Tyler and Marti Frederiksen. The single was released on December 21, 2000 as the first single from the album Just Push Play. The song was debuted publicly at the American Music Awards and was also played at the halftime show for Super Bowl XXXV in January 2001. It was ranked No. 86 on VH1's 100 Greatest Songs of the '00s. It became the band's last and final top 10 hit to date.

Email ThisBlogThis!Share to TwitterShare to FacebookShare to Pinterest
Labels: Aerosmith