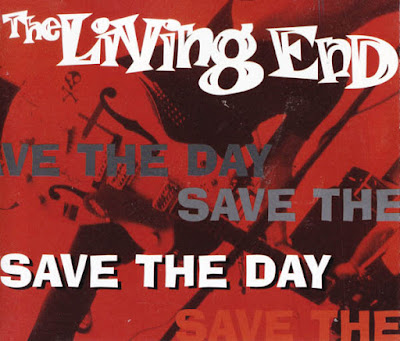 "Save the Day" was the first official single taken from Australian rock group, The Living End's debut self-titled album. It followed the release of the "Second Solution/Prisoner of Society" double A-side single the previous year. It was released in September 1998, spending 17 weeks in the Australian ARIA Singles Chart and peaking at No. 22. The song also reached No. 10 on Triple J's Hottest 100 for 1998. The single was later certified as Gold (selling in excess of 35,000 copies).

The single was also released on 7" vinyl however it was a limited release with only 500 copies issued.