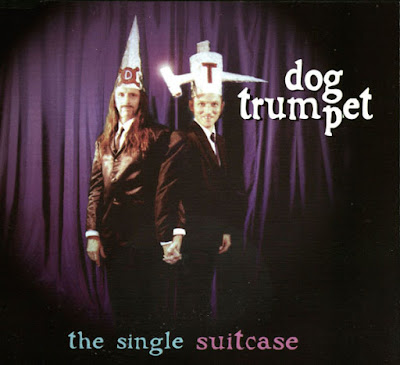 Dog Trumpet or Reg & Peter's Dog Trumpet is an Australian rock band, formed by brothers Reg Mombassa (aka Chris O'Doherty) and Peter O'Doherty. Both Mombassa and O'Doherty were formerly members of the iconic Australian band Mental as Anything, and they formed Dog Trumpet as an outlet for their original material. The Dog Trumpet sound reflects a sincere affection for classic 1960s pop and whimsical psychedelia. "Suitcase" was released as a single on TWA Records in 1996.