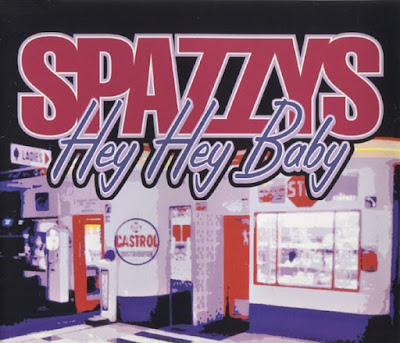 The Spazzys are an all-girl punk band formed in 2000 in Melbourne, Australia. They received strong support from Melbourne community radio station 3RRR, before being picked up by popular youth radio station Triple J. They released their debut album Aloha! Go Bananas! in 2004, with singles Paco Doesn't Love Me, Hey Hey Baby and My Boyfriend's Back all charting. They are a constant in the live music scene in Melbourne and have toured nationally several times, often playing festivals such as the Big Day Out. They have also supported international acts like Blondie and The Hives.

Email ThisBlogThis!Share to TwitterShare to FacebookShare to Pinterest
Labels: Spazzys