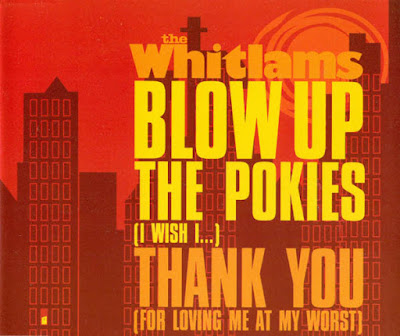 "Blow Up the Pokies" is the second single by The Whitlams from their album, Love This City. It was released in 2000 and peaked at number 21 on the ARIA Singles Chart.
The lyrics written by lead singer Tim Freedman were a statement on the destruction he saw in original Whitlams bassist Andy Lewis's life due to his gambling.