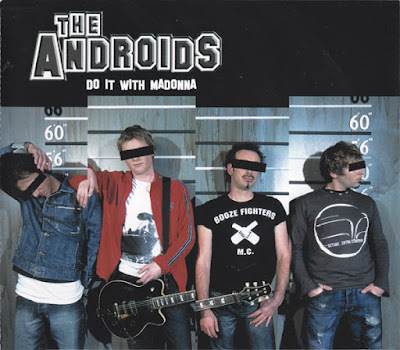 The Androids are a rock band from Australia. Fronted by guitarist Tim Henwood (originally from The Superjesus) with members Sam Grayson, Matt Tomlinson and Marty Grech. While their 2002 single, "Do It With M@donn@", was commercially their most successful release - peaking at #4 in the Australia ARIA Singles Chart and #15 in the UK Singles Chart; their second and third singles, "Here She Comes" and "Brand New Life" could not replicate "Do It With M@donn@"'s success.

Email ThisBlogThis!Share to TwitterShare to FacebookShare to Pinterest
Labels: Androids