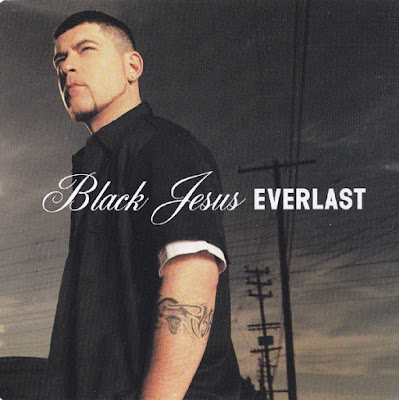 Erik Francis Schrody (born August 18, 1969), known by his stage name Everlast, is an American rapper, singer, and songwriter, known for his solo hit "What It's Like" and as the front-man for rap group House of Pain. "Black Jesus" is a song by American rapper, singer Everlast from his 2000 album Eat at Whitey's. The song was released as a single in October 2000. The song is loosely based on life events of Seth Allen, the real Black Jesus.

Email ThisBlogThis!Share to TwitterShare to FacebookShare to Pinterest
Labels: Everlast