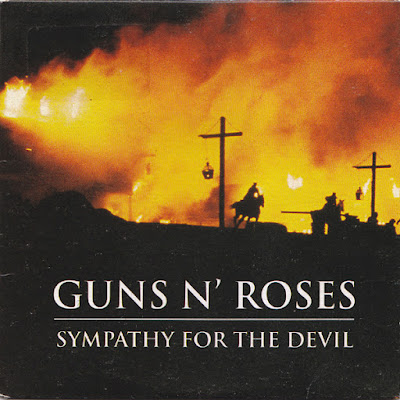 "Sympathy for the Devil" is a song by The Rolling Stones, written by Mick Jagger and Keith Richards and credited to Jagger/Richards.
Guns N' Roses recorded a cover in 1994 which reached No.55 on the Billboard Hot 100 the single reached #12 on the Australian Top Forty it was featured in the closing credits of Neil Jordan's film adaptation of Anne Rice's Interview with the Vampire and was included on their Greatest Hits album.