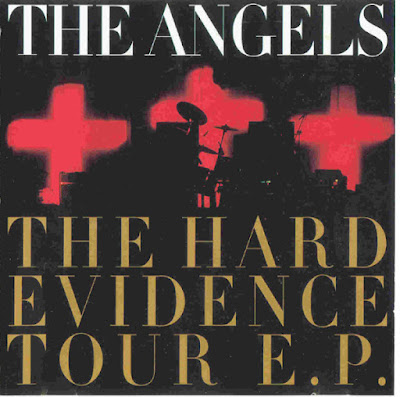 The Angels are an Australian rock band that formed in Adelaide, South Australia, in 1974. The band later relocated to Sydney and enjoyed huge local success, clocking up hit singles across four decades, including "Am I Ever Gonna See Your Face Again", "Take a Long Line", "Marseilles", "Shadow Boxer", "No Secrets", "We Gotta Get Out of This Place", "Let the Night Roll On", and "Dogs Are Talking".  In 1995 "The Hard Evidence Tour E.P. is released containing the new tracks from "Evidence" and other new unreleased material for long time fans, who the band didn't want to have to shell out the full price of the best of album just for the two new tracks they didn't already have on other Angels releases.

Email ThisBlogThis!Share to TwitterShare to FacebookShare to Pinterest
Labels: Angels