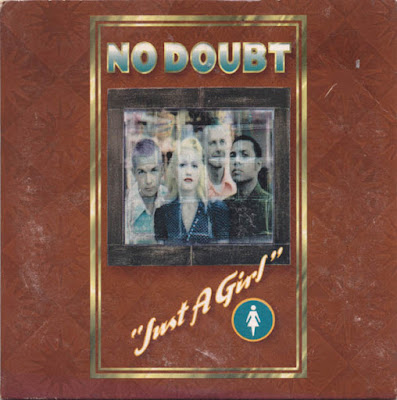 "Just a Girl" is a song by the American rock band No Doubt. The song was released in 1995 as the album's lead single and helped the band break into mainstream music, peaking at number 23 on the U.S. Billboard Hot 100. However, after the massive success of Don't Speak the song was re-released and managed a peak of number 3. Upon release in the UK in 1996 the song only reached number 38 but charted at number 3 in Australia.