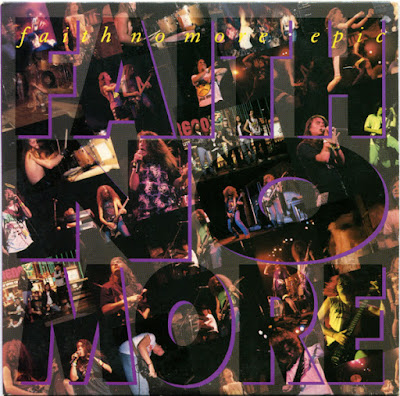 "Epic" is a song by the American rock band Faith No More. It was released as the second single from their third album The Real Thing in 1989 in US and in 1990 in the UK and Europe. The song was a breakthrough hit. It peaked at number nine on the Billboard Hot 100 (the band's only Top Ten hit in the United States), and their first Number One single on the Australian charts. It is among the band's most popular songs and a staple in their concerts.

Email ThisBlogThis!Share to TwitterShare to FacebookShare to Pinterest
Labels: Faith No More