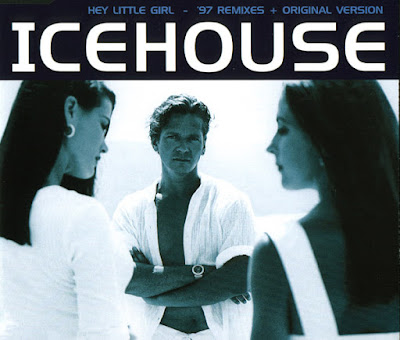 "Hey Little Girl" is a single released by Australian band Icehouse, the second single from the band's 1982 album, Primitive Man.[2] The album and single were co-produced by band member and the track's writer, Iva Davies, and Keith Forsey (Billy Idol).  It was released in October 1982, on Regular Records in 7" vinyl single and 12" vinyl single formats.  In 1997, a series of re-mixes of the song was released in Germany on the Edel Music label.