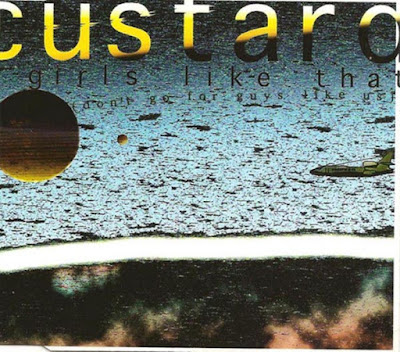 "Girls Like That (Don't Go For Guys Like Us)" is the first single from Loverama, the fifth album by Custard. It reached #52 on the Australian ARIA singles chart, and spent 24 weeks in the top 100. The song was placed #3 in the 1998 Hottest 100. The song's film clip, directed by Andrew Lancaster, won Best Video at the 1999 ARIA Awards.


1 Girls Like That (Don't Go For Guys Like Us)
2 Caboolture Speed Lab
3 I'll Never Fall In Love Again
Posted by Deutros at 01:28

Email ThisBlogThis!Share to TwitterShare to FacebookShare to Pinterest
Labels: Custard