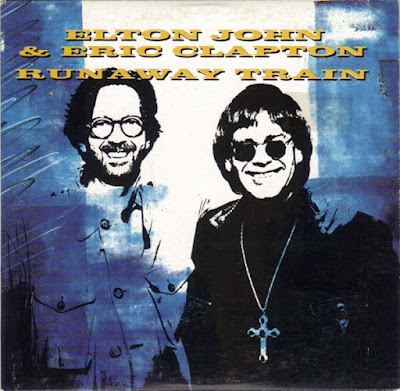 "Runaway Train" is a pop rock song recorded by the British rock-pop musicians Elton John and Eric Clapton. A CD, cassette and 7" vinyl single from Elton John's album The One was released in July 1992 which was later also accompanied by a music video shot the same year. It was also used in the Lethal Weapon 3 movie soundtrack.
The single reached #31 on the UK Singles charts, #10 on The US Billboard charts and #53 in Australia.