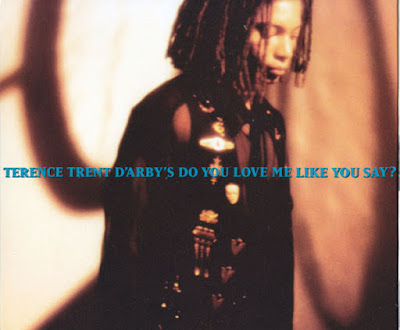 Sananda Francesco Maitreya (born Terence Trent Howard, March 15, 1962), better known by his former stage name Terence Trent D'Arby, is an American singer and songwriter who came to fame with his debut studio album, Introducing the Hardline According to Terence Trent D'Arby (1987). "Do You Love Me Like You Say?" was taken from the album Symphony or Damn and climbed to #14 in the UK Singles Chart .