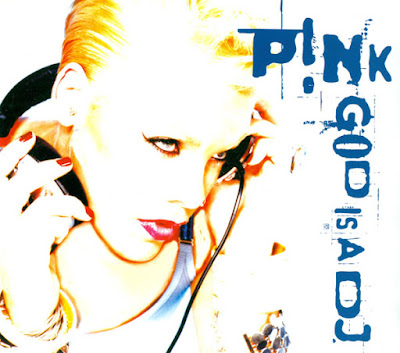 "God Is a DJ" is a song by American singer Pink from her third album, Try This (2003). It was released as the album's second single in North America and third internationally. It is about letting go, loving life and living it to the fullest. It peaked at number six in the Dutch Top 40 and number eleven on the UK Singles Chart. The song appears on the soundtrack of the 2004 film Mean Girls.
Thanks to Mustang

Email ThisBlogThis!Share to TwitterShare to FacebookShare to Pinterest
Labels: Pink