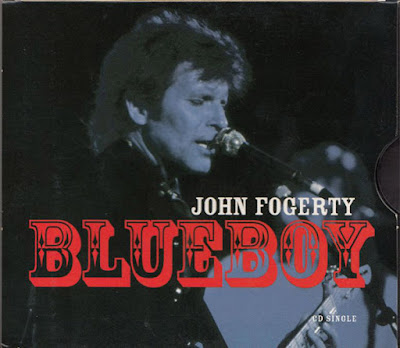 “Blueboy” is the third track on Blue Moon Swamp, the fifth solo album of John Fogerty. It came out in May 1997. The cut was written, produced and arranged by John Fogerty, engineered by John Lowson and mixed by Bob Clearmountain. The album peaked at #37 in the USA, #1 in Finland and #8 in Australia. It also won Best Rock Album at the 40th Grammy Awards in 1998. "Blueboy", backed with "Bad Bad Boy", also appeared on the single that came out in September 1997 and reached #22 in the USA.