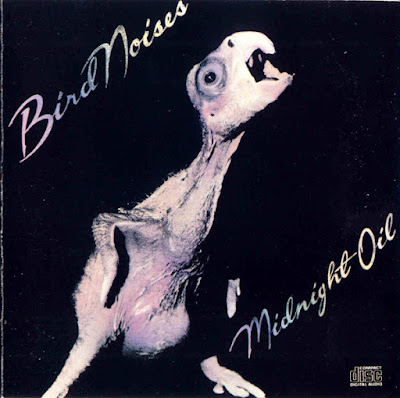 Bird Noises is the first extended play by Australian rock group, Midnight Oil, which was released on 24 November 1980 under the band's own independent label, Powderworks Records / Sprint Music. It was produced by Leszek Karski and manufactured and distributed by CBS/Columbia. Bird Noises reached the Top 30 on the Australian Kent Music Report Singles Chart. According to Australian musicologist, Ian McFarlane, the EP "continued the development heard on [their previous album], with 'No Time for Games' and 'I'm the Cure' being particularly impressive. [The EP] also boasted the anomalous, but delightful Shadows-like instrumental 'Wedding Cake Island'".