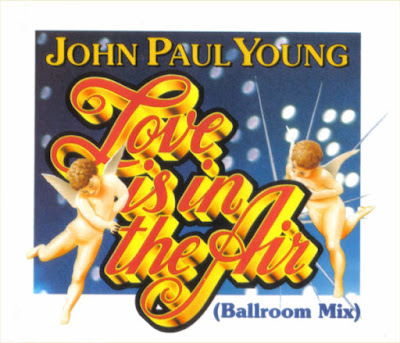 "Love Is in the Air" is a 1977 disco song sung by John Paul Young. The song was written by George Young and Harry Vanda and it became a worldwide hit in 1978, peaking at No. 3 on the Australian charts and No. 5 in the UK Singles Chart. In the United States, the song peaked at No. 7 on the pop chart and spent two weeks at No. 1 on the adult contemporary chart, his only US top 40 hit. "Love Is in the Air (Ballroom mix)" was released in August 1992 as the lead single from the Strictly Ballroom soundtrack (1992). It charted at #3 on the Aussie charts and #2 in New Zealand and was certified Gold.   Thanks to AussieRock