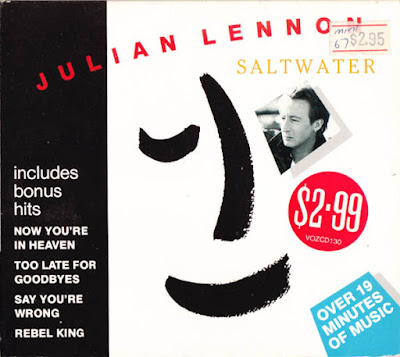 "Saltwater" is a 1991 song performed by English singer, songwriter, and musician Julian Lennon. It was written by Mark Spiro, Leslie Spiro and Julian Lennon. Originally released on the album Help Yourself, the single peaked at #6 in the UK in October 1991, and topped the Australian ARIA singles chart for four weeks in March 1992. "Saltwater" was the 14th highest-selling single of 1992 in Australia, where it was certified platinum.