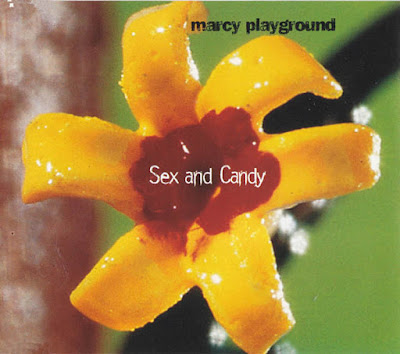 "Sex and Candy" is a song released by American alternative rock group Marcy Playground. It was released in November 1997 as the lead single from their self-titled debut album. It was the band's breakthrough single. "Sex and Candy" spent a then-record 15 weeks at number one on the Billboard Modern Rock Tracks chart (beating Oasis' 10-week run at #1 with "Wonderwall" in 1995). The song was also the band's only major hit, peaking at number eight on the Billboard Hot 100 chart.