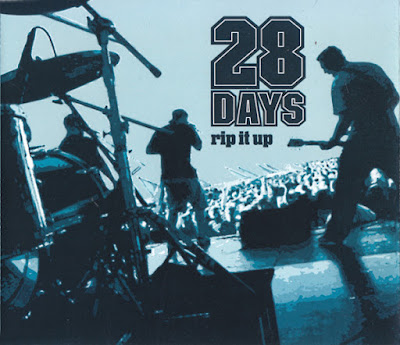 28 Days are known for their rap rock, punk rock and hip hop music. Throughout their recording career, they have released 5 studio albums and 5 EPs, 3 of which debuted in the ARIAnet top 40. This includes the certified platinum album Upstyledown which was produced by Kalju Tonuma and debuted at number 1 in July 2000. The band have also seen commercial success on Australian singles charts, with singles such as 'Rip It Up'#12, 'Goodbye'#50 and 'What's the Deal?'#32.

Email ThisBlogThis!Share to TwitterShare to FacebookShare to Pinterest
Labels: 28 Days