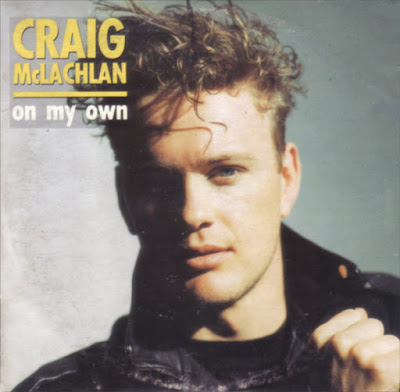 Craig Dougall McLachlan (born 1 September 1965) is an Australian actor, musician, singer and composer. He has been involved in film, television and music theatre for 25 years. He is best known for appearing in the soap operas Neighbours and Home and Away and the BBC One spy drama Bugs. He has portrayed the title role in The Doctor Blake Mysteries, for which he was nominated for the Logie Award for Most Popular Actor; he has previously won the award in this category three times. "On My Own" realeased in 1991 was a single from his album Hands Free and reached #23 on the Australian Charts and #59 in the UK.   Thanks to AussieRock