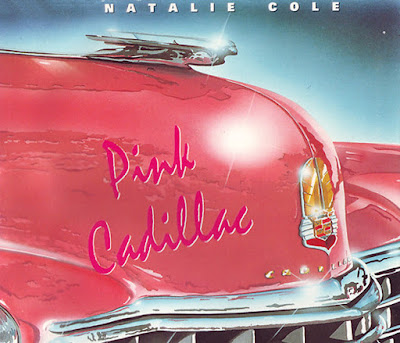 "Pink Cadillac" is a song by Bruce Springsteen released as the non-album B-side of "Dancing in the Dark" in 1984. In mid 1987, Natalie Cole recorded "Pink Cadillac" at the suggestion of producer Dennis Lambert. The track was intended for an album release on the Modern label; that project was canceled and Cole's "Pink Cadillac" and another Lambert production: "I Live For Your Love", were picked up by EMI-Manhattan Records to appear on Cole's 1987 album Everlasting. "Pink Cadillac" was released as that album's third single in March 1988, returning Cole to the Top Ten for the first time since 1978 in April 1988 to ascend to a #5 peak - matching Cole's previous Pop chart best with "I've Got Love on My Mind" - that May. Cole's "Pink Cadillac" also reached #9 R&B, #16 A/C and - via a remix by David Cole (no relation) and Robert Clivilles - #1 on Billboard Hot Dance Club Play chart. According to Cole, "word got back" to her that Bruce Springsteen "thought it was very cool that a woman could [sing "Pink Cadillac"] and it would come out so great".