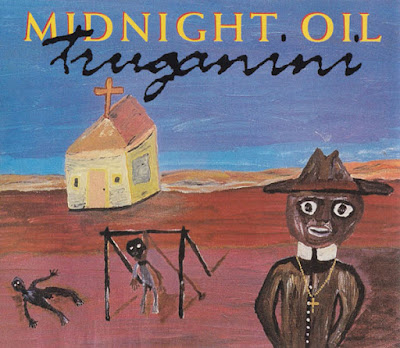 "Truganini" is a song by Australian rock band Midnight Oil, from their album Earth and Sun and Moon. It was inspired by Truganini, a Tasmanian Aborigine.

The single's liner notes included the claim that Truganini was the "sole surviving Tasmanian Aborigine" when she died. This sparked protest by some of the 7,000 people who identify as Tasmanian Aboriginal. Lead singer, Peter Garrett issued an apology.