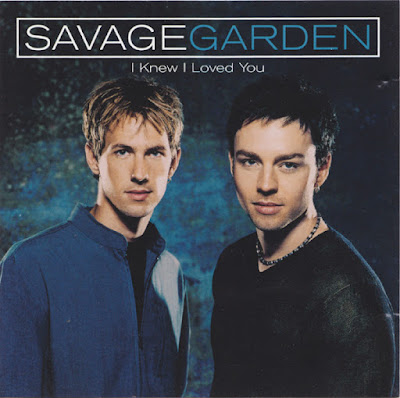 "I Knew I Loved You" is a song by Australian pop duo Savage Garden, released as the second single from their second studio album, Affirmation. The song went straight to number one on the Billboard Hot 100, becoming the band's second number one in the United States after "Truly Madly Deeply". After its third week at number one, the single was knocked off by Mariah Carey's "Thank God I Found You" featuring Joe and 98 Degrees. It later returned to the top again the following week for its fourth and final week at the top.

It was the last song by an Australian artist to reach the top of the Billboard Hot 100 for over 12 years until Gotye peaked at number one with his single "Somebody That I Used to Know" (featuring Kimbra) in 2012.