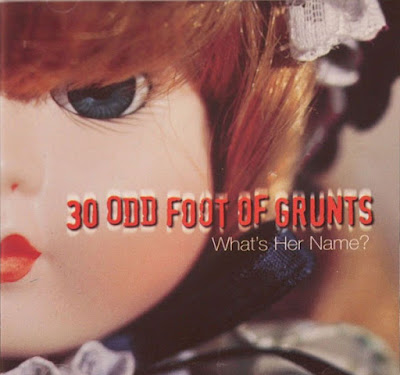 In the 1980s, Crowe, under the name of "Russ le Roq", recorded a song titled "I Want To Be Like Marlon Brando". In the 1980s, Crowe and friend Billy Dean Cochran formed a band, Roman Antix, which later evolved into the Australian rock band 30 Odd Foot of Grunts (abbreviated to TOFOG). Crowe performed lead vocals and guitar for the band, which formed in 1992. The band released The Photograph Kills EP in 1995, as well as three full-length records, Gaslight (1998), Bastard Life or Clarity (2001) and Other Ways of Speaking (2003). In 2000, TOFOG performed shows in London, Los Angeles and the now famous run of shows at Stubbs in Austin.Texas. Thanks to Guitarzan.

Email ThisBlogThis!Share to TwitterShare to FacebookShare to Pinterest
Labels: 30 Odd Foot Of Grunts