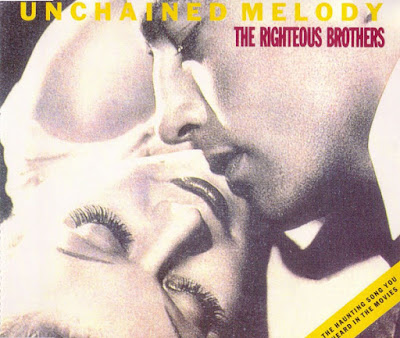 "Unchained Melody" is a 1955 song with music by Alex North and lyrics by Hy Zaret. It was the July 1965 version by the Righteous Brothers, performed as a solo by Bobby Hatfield, that became a jukebox standard for the late 20th century. This version achieved a second round of great popularity when it was featured in the film Ghost (1990).
The best-known version of "Unchained Melody" was recorded by the duo The Righteous Brothers for Philles Records in 1965. The lead vocal was performed solo by Bobby Hatfield, who later recorded other versions of the song credited solely to him. According to his singing partner Bill Medley, they had agreed to do one solo piece each per album. Both wanted to do "Unchained Melody" for their fourth album, but Hatfield won the coin toss.