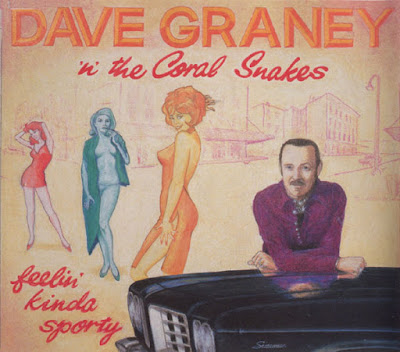 The  album, The Devil Drives, (May 1997), reached the Top 20. It was recorded in Melbourne and mixed in London at Maison Rouge studios and co-produced by Graney, Moore and David Ruffy. It spawned the single, "Feelin' Kinda Sporty". The single won 'Best Video' by Mahony in 1997, the album was nominated for 'Best Cover Art' by Mahony and Graney received a nomination as 'Best Male Artist'. The single was promoted with an appearance on the daytime soap Neighbours, in which Dave sent up his sinister lounge-core persona in a pastel blue suit and a fedora - in one memorable scene holding the character Toadfish upside down and shaking him for the return of his mobile phone. It is unknown what if any impact this had on sales of the record.