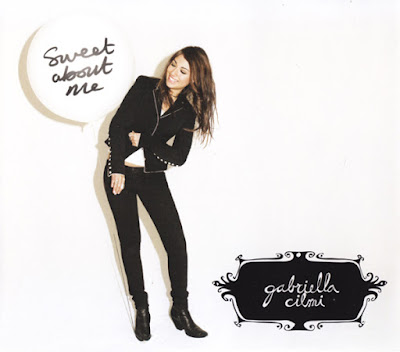 "Sweet About Me" is the second single by Australian singer-songwriter Gabriella Cilmi from her debut album, Lessons to Be Learned (2008).

On 14 April, the song topped the ARIA Singles Chart and is certified platinum for sales of 70,000 copies. It reached number one again on 19 May, where it sat for four weeks, while her debut album reached number two on the albums chart. This makes her the youngest Australian artist to reach the top of the charts, beating out Australian Idol winner Casey Donovan by just nineteen days. On 27 October 2008, "Sweet About Me" re-entered the Australian chart at number seventeen. The song would ultimately become the third highest-selling single of 2008 in Australia.

On 9 March 2008, "Sweet About Me" debuted on the UK Singles Chart at number 68, rising to its peak position of number six on 21 June 2008 in its fifteenth week on the run. On 20 July, months after its release, the song reached number two on the UK Airplay Chart. On 2 August, the song managed to return to the Top Ten by climbing five spots from number twelve to number seven. However, the following week, the song fell back to number twelve, then eventually dropped out of the top 40 six weeks later. It re-entered the top forty on 5 October rising from number 65 to number thirty-eight. The song spent thirty-seven consecutive weeks on the UK Singles Chart before finally dropping out on 23 November.