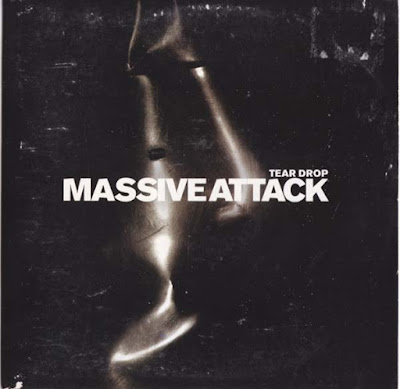 "Teardrop" is a song by Massive Attack that was released as a single on 27 April 1998. It is the second single from their third album, Mezzanine, and features lead vocals and lyrics from Elizabeth Fraser, the lead singer for the dream pop band Cocteau Twins. The song became another UK hit for the group, peaking at number 10 on the UK Singles Chart.
Massive Attack are an English trip hop group formed in 1988 in Bristol, consisting of Robert "3D" Del Naja, Grant "Daddy G" Marshall and formerly Andy "Mushroom" Vowles ("Mush") & Adrian "Tricky Kid" Thaws ("Tricky"). Their debut album Blue Lines was released in 1991, with the single "Unfinished Sympathy" reaching the charts and later being voted the 63rd greatest song of all time in a poll by NME. 1998's Mezzanine, containing "Teardrop", and 2003's 100th Window charted in the UK at number one.