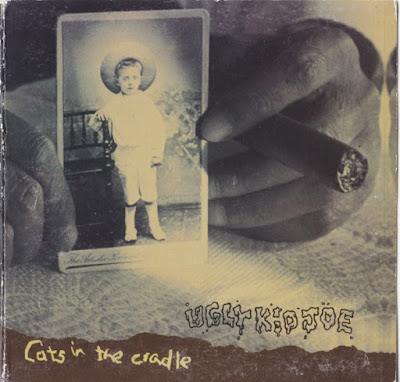 "Cat's in the Cradle" is a 1974 folk rock song by Harry Chapin from the album Verities & Balderdash. The single topped the Billboard Hot 100 in December 1974. As Chapin's only No. 1 hit song,
In 1992, the hard rock band Ugly Kid Joe included a cover of "Cat's in the Cradle" on their debut album America's Least Wanted. The cover was issued as a single in 1993 and peaked at number six on the Billboard Hot 100, the group's highest ever position on that chart. The song also peaked at number three on the Billboard Mainstream Rock Tracks chart. The single sold 500,000 copies domestically, earning a gold certification from the Recording Industry Association of America.