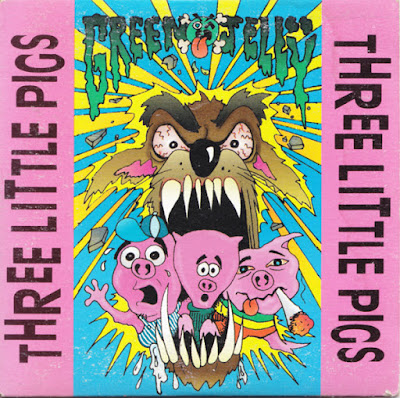 "Three Little Pigs" is a song by the comedy heavy metal band Green Jellÿ, from the album Cereal Killer. Released by Zoo Entertainment in 1992 with the original band name Green Jellö, the single was re-released in 1993 under the name Green Jellÿ due to a lawsuit for trademark infringement by the owners of Jell-O. The song reached #17 on the Billboard Hot 100 in the summer of 1993, and charted even higher in the UK, where it reached #5. The chart success can be partly attributed to the song's unique and heavily aired music video. The song was ranked #35 on VH1's 40 Most Awesomely Bad Metal Songs...Ever.