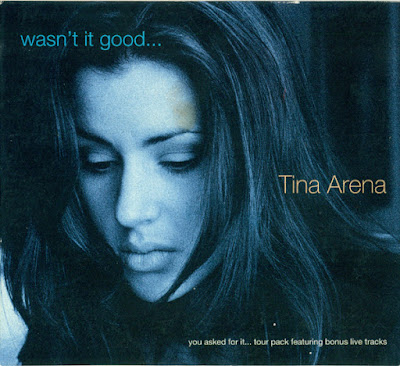 "Wasn't It Good" is a song by Tina Arena from her 1994 album Don't Ask. Arena co-wrote the song along with Heather Field and Robert Parde, and it was produced by David Tyson. The song peaked at number 11 in Australia and received four nominations at the prestigious ARIA Awards in 1996. Upon release as a single, the title was rendered with an ellipsis ("Wasn't It Good...") Thanks to Mustang