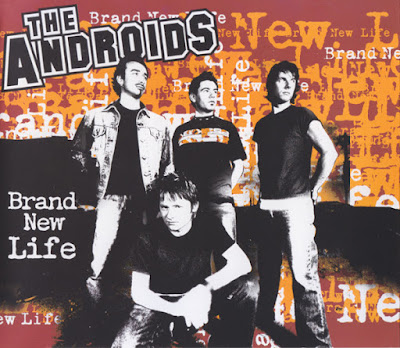 The Androids are an Australian rock band. Fronted by guitarist Tim Henwood (originally from The Superjesus) with members Sam Grayson, Matt Tomlinson and Marty Grech. While their 2002 single, "Do It With Madonna", was commercially their most successful release - peaking at #4 in the Australia ARIA Singles Chart and #15 in the UK Singles Chart; their second and third singles, "Here She Comes" #15 and "Brand New Life" #101 could not replicate "Do It With Madonna"'s success. Their self-titled album debuted and peaked at #36 on the ARIA Albums Chart.

Email ThisBlogThis!Share to TwitterShare to FacebookShare to Pinterest
Labels: Androids