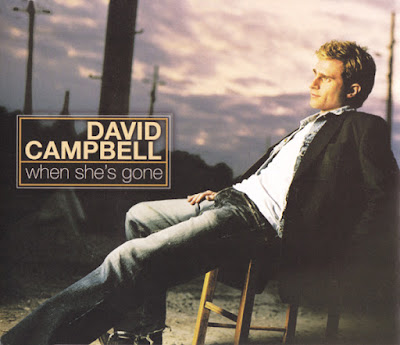 David Campbell grew up in the suburbs of Adelaide, Australia. His grandmother Joan, who raised him, often played recordings of Nat King Cole and Johnny Mathis during his formative years. His interest piqued, Campbell soon fell in love with entertainers like Frank Sinatra and Dean Martin, among other "old-school" greats. He first won major roles in the mid-'90s at the Stables Theatre in Sydney, and was soon nominated for an MO Award for Best Musical Theatre Performer. His debut solo record, Yesterday Is Now, was released in 1997, catching the attention of fans and critics far and wide. Noted critics in New York were calling Campbell "the best young crooner on earth." Following a stint on Broadway in 2001, Campbell decided to follow in his famous father's (Jimmy Barnes) footsteps, and move over to rock & roll. He spent the next few years playing bars instead of concert halls, backed by a rock band rather than an orchestra. In 2006, Campbell changed directions yet again, recording The Swing Sessions, a tribute to his jazz-era heroes, produced by Chong Lim. During that same year, he won the Helpmann Award for Best Actor in a Musical for his role in Sunset Boulevard. For his next project, Campbell aspired to make a trilogy, beginning with The Sing Sessions and then tentatively followed by the albums Broadway and Hollywood.