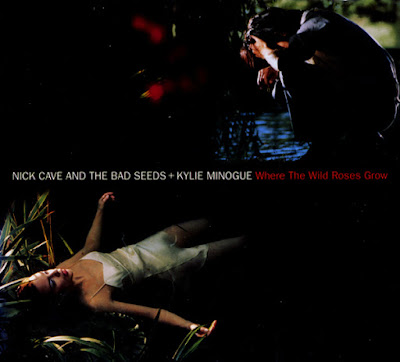 "Where the Wild Roses Grow" is a duet by Australian rock band Nick Cave and the Bad Seeds and pop singer Kylie Minogue. It is the fifth song and lead single from the band's ninth studio album, Murder Ballads (1996), released on Mute Records. It was written by the band's frontman Nick Cave and produced by Tony Cohen and Victor Van Vugt.

The song received a positive reception from music critics and became the band's most successful single worldwide reaching No. 3 in Norway, the top five in Australia, and the top twenty in the United Kingdom, Ireland, Germany and New Zealand. It also received a limited promotional release in the United States. The song was certified Gold in Germany in 1996 for 250,000 copies sold, despite never reaching the top ten in that country. It charted again at the bottom of the German Top 100 in 2008 because of digital downloads after it was used in a soap opera. "Where the Wild Roses Grow" was also certified Gold in Australia for selling 50,000 copies.
Thanks to Sunshine


01 Where the Wild Roses Grow
02 The Ballad of Robert Moore & Betty Coltrane
03 The Willow Garden
Posted by Deutros at 09:32